Tarmac has become the first company in the UK to develop a new asphalt made from recycled rubber and the first of them in the UK have already been laid in Birmingham Road, Allesley and Montalt Road, Cheylesmore. 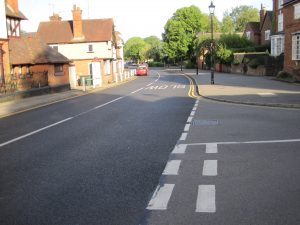 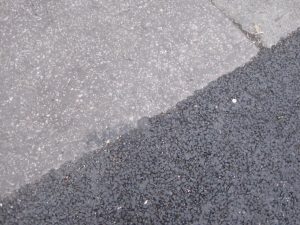 Tarmac claim that it will be possible to recycle and reuse up to 750 waste tyres for every kilometre of highway surfaced with the new material, depending on the thickness of the road, which would help to reduce the 120,000 tonnes of rubber waste exported from the UK annually.

The initiative is part of Tarmac’s commitment to the circular economy, with the business recycling 8.7 million tonnes of waste from other industries every year. It also builds on the company’s reuse of waste tyres to power its cement kilns.

Montalt Road is a trial in which four different materials have been laid along the road. It is divided into four areas, each of which is made up of a different material. One area has pellets made from recycled hard plastic material, such as old computer monitors, mixed in with tarmac. A second uses the same material but formed into flakes. A third quarter is made of rubber crumbs which have come from old vehicle tyres, while the final section has been resurfaced using traditional asphalt.

The road will be monitored to see how the experimental surfaces compare to the traditional material.

Coventry City Council’s Cabinet Member for City Services, Cllr Jayne Innes, said: “We all know that plastics can have a devastating impact on the environment, particularly when the product reaches our seas and oceans. We all have a responsibility to step up our efforts to help the environment by recycling more and responsibly sourcing materials.

“Changes to our bin services last year has seen our recycling rates increase dramatically but we are always looking to see if we can do more.

“This trial is part of that ambition and although we are starting on a small scale, we will monitor and evaluate this scheme before making a decision on whether we expand the trial on busier roads across the city.

“If the trial is a success, it is potentially a win-win situation that turns rubbish into something useful once more and gives our roads a hardwearing and more eco-friendly surface.